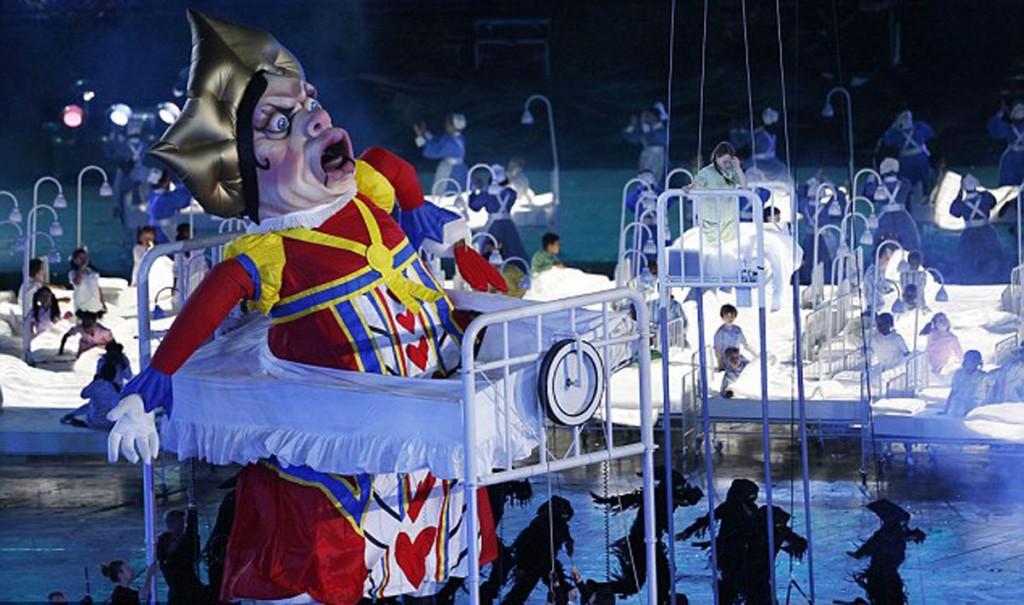 I was senior mechanical designer for Queen of Hearts, built at Artem for the opening of the Olympics. A pop-up and inflatable puppet.

It appeared alongside Voldemort and Captain Hook also made at Artem. 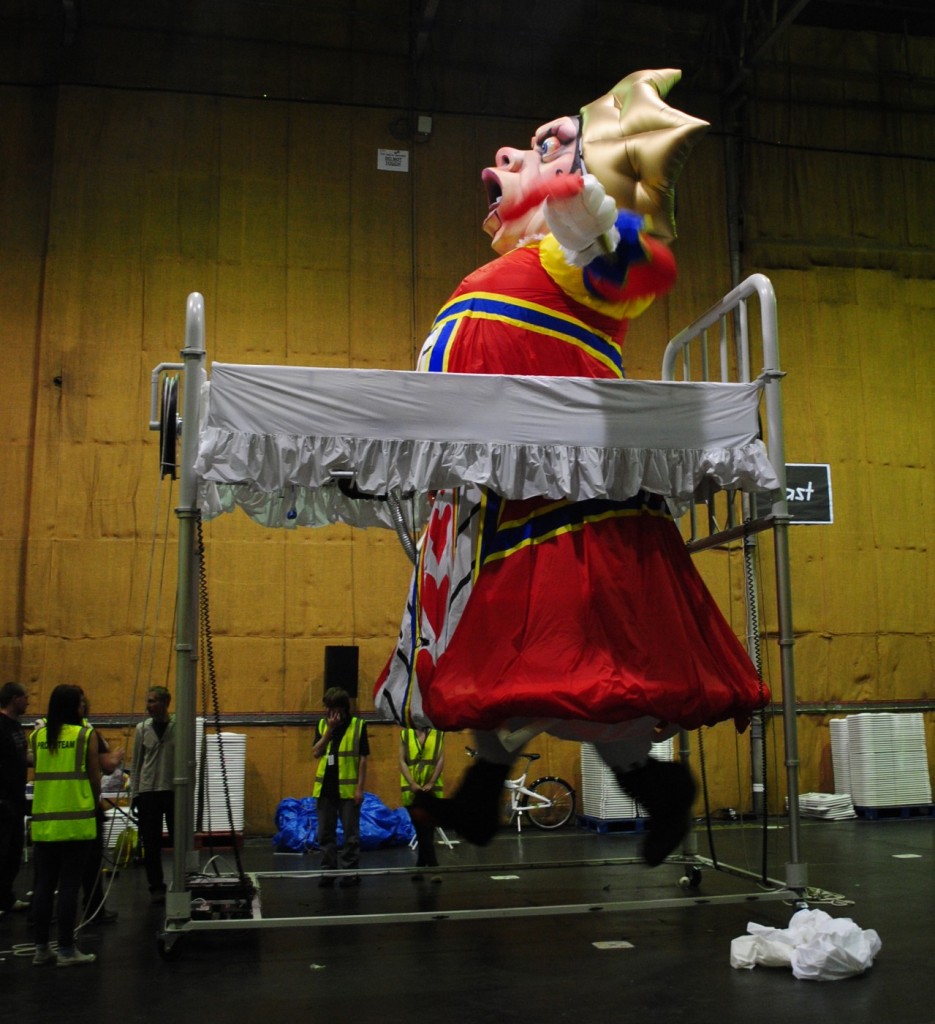 The Queen’s bed had to rise three metres in the air – and with one person inside working the levers, it could be lifted up, the arms and legs move and the mouth talk. With two people on the ground it  could be rotated 360 degrees with ropes. Pneumatic radio masts were used for the bed legs up three metres, and on-board fans would inflate the body parts. 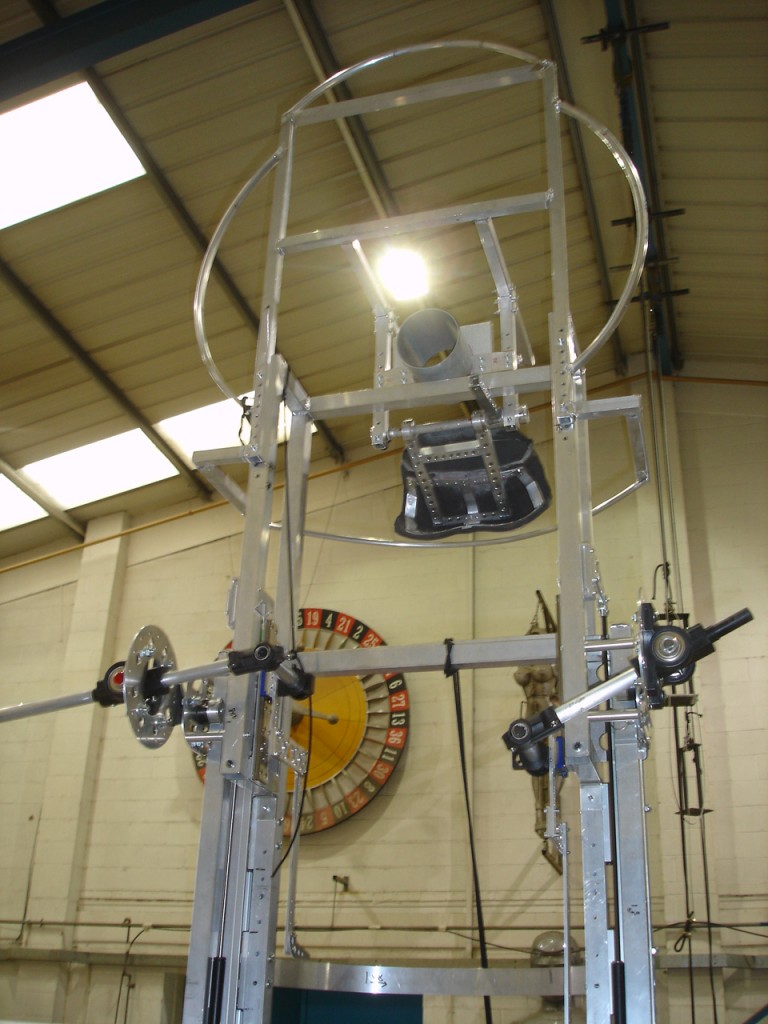 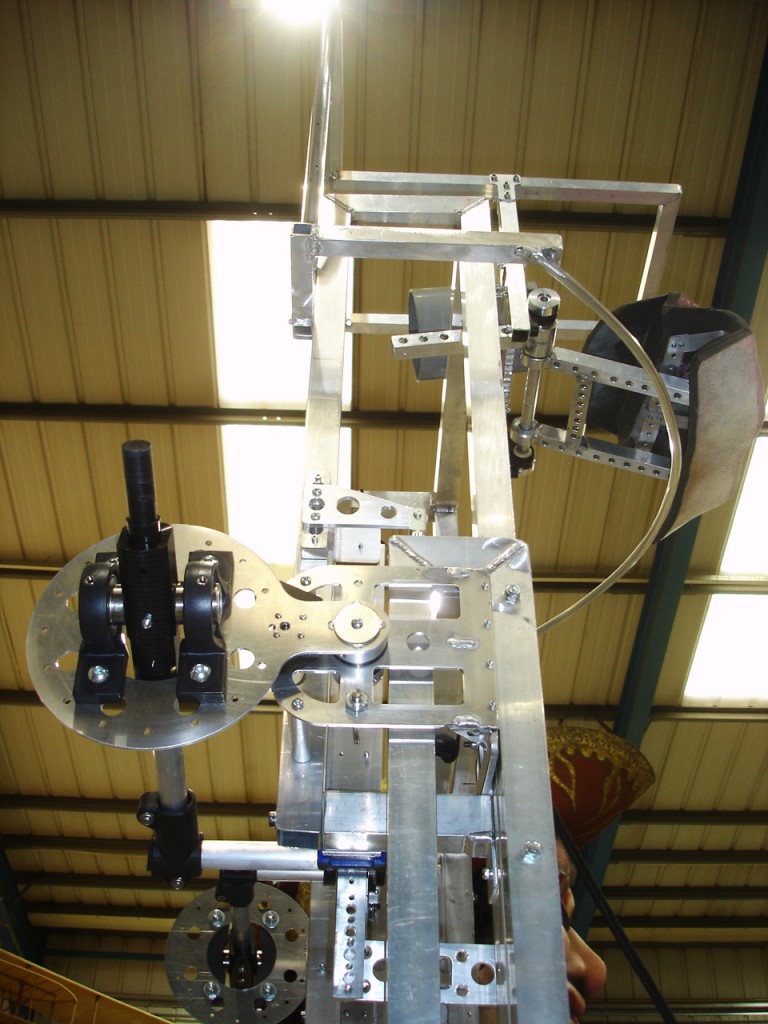 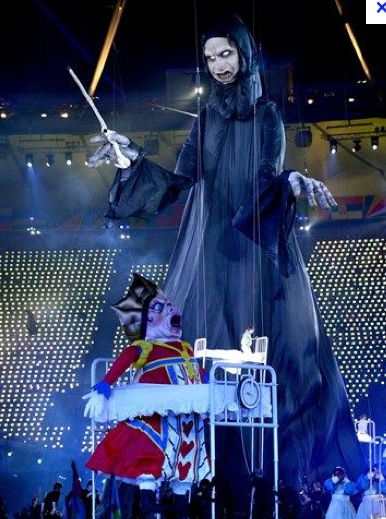