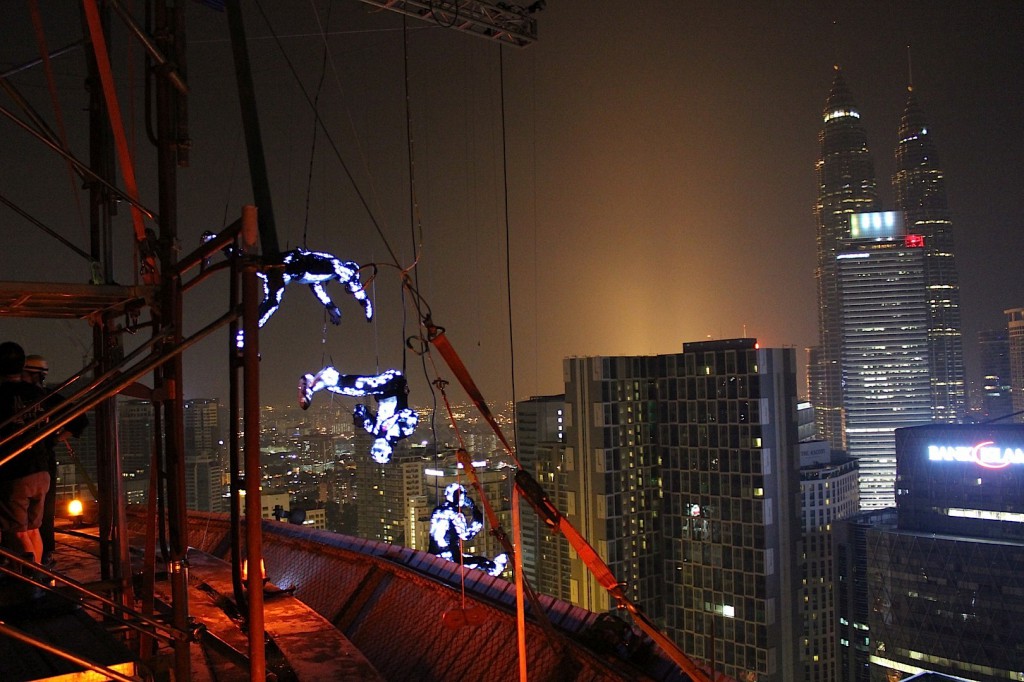 For Strobe, director Adam Berg wanted to recreate movement without gravity, hindrances or boundaries. Inspired by the work of 19th-century photographer Edweard Muybridge, he set out to do this with stuntmen wearing LED suits, suspended from tall buildings across the skyline of Kuala Lumpur, lighting them up in sequence as the camera rolled to give the impression of a single shimmering figure traversing the nightscape of the Malaysian capital.

In fact, dozens of stuntmen and acrobats took part in creating the illusion. Using complex rigging and in-camera effects  the Illuminated Man appears to vault from rooftop to rooftop, dance across billboards, cartwheel through an empty office and even dive into a high-rise swimming pool.

The Lightmen were positioned on the rooftops of some of the tallest buildings in the Malaysian capital, dressed in custom-made LED suits. These were linked to a purpose-built computer system controlling each LED’s strobe pattern, one by one, creating a breathtaking display of illuminated figures seemingly flying above the city.

James working on the LED electronics 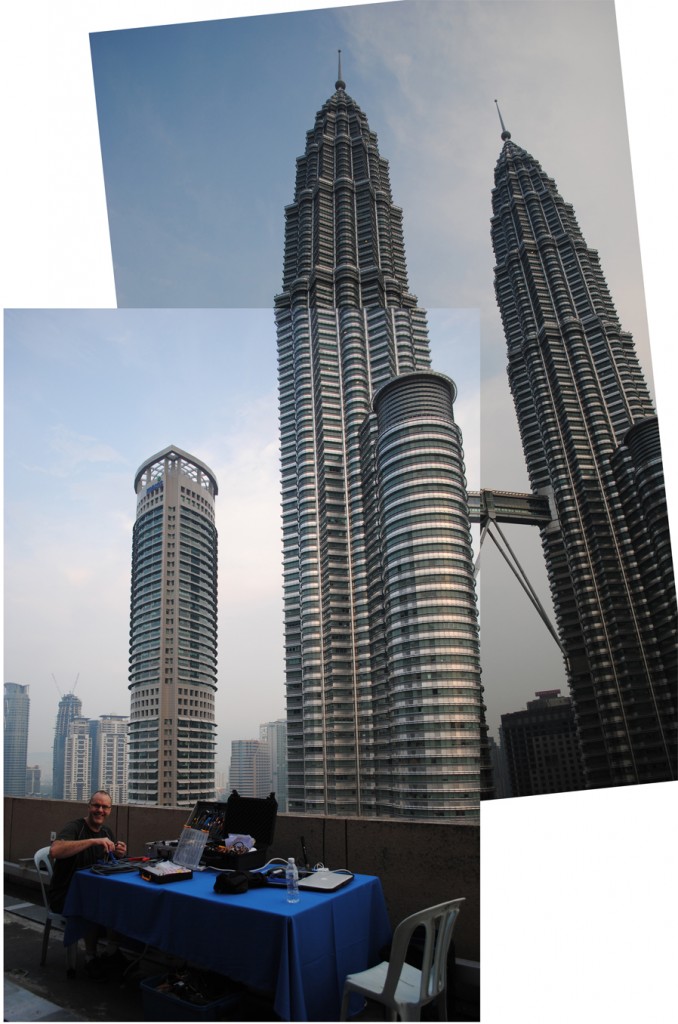 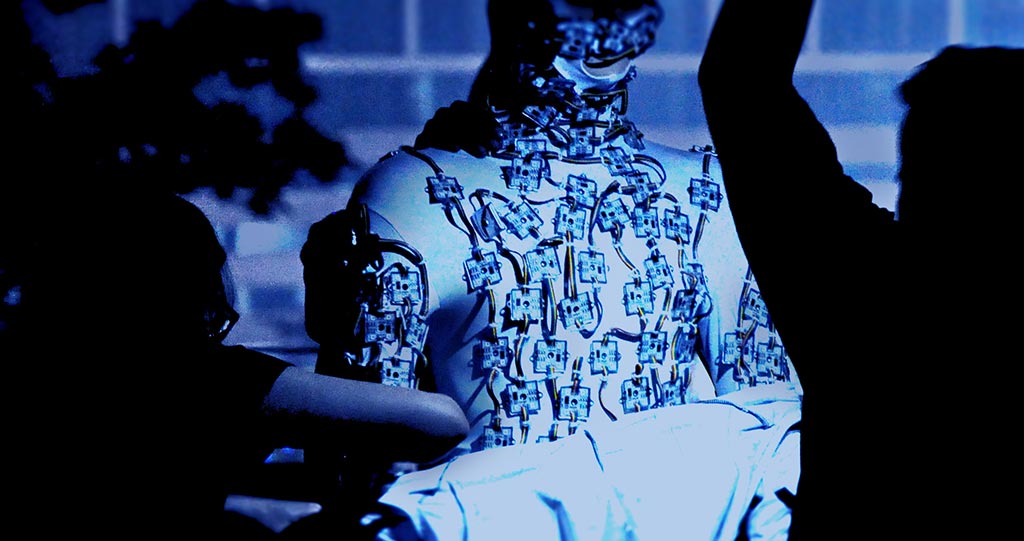 The LED suits were created by costume designer Vin Burnham for CHI & Partners,  and consisted of seven layers: a base layer, a layer of LEDs, four layers for light diffusion, and an outer black silk layer. Each suit contained 1680 LEDs. The LED boards were flooded with epoxy, making them waterproof, a key consideration because some of the LED men were submerged in a swimming pool at one point. 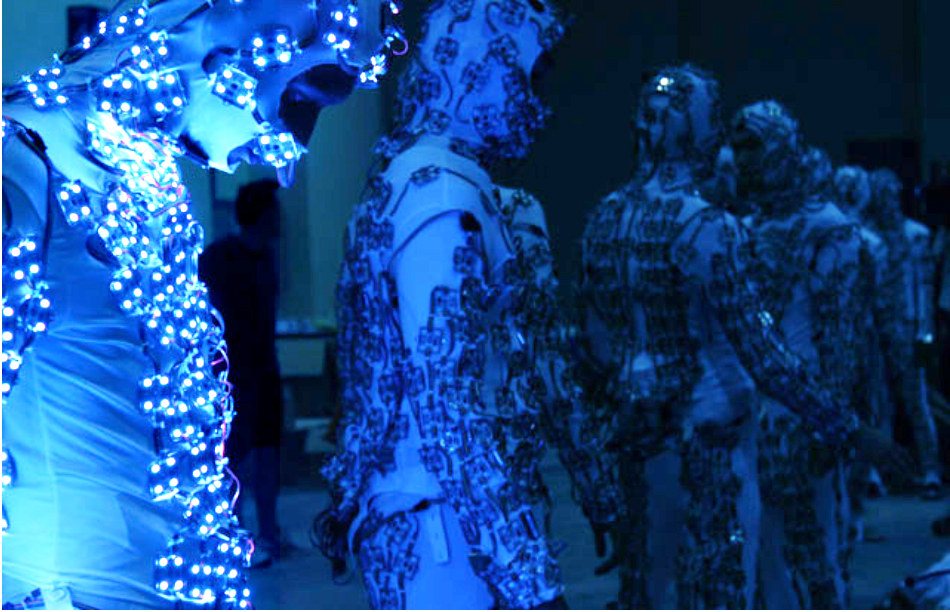 Adam Wright commissioned James O’Connor from Amati.com to develop a custom wireless computer system using DMX software to control the light on the suits, allowing the crew to remotely control and monitor each suit individually, and light them up sequentially even when the stuntmen were suspended in mid-air. 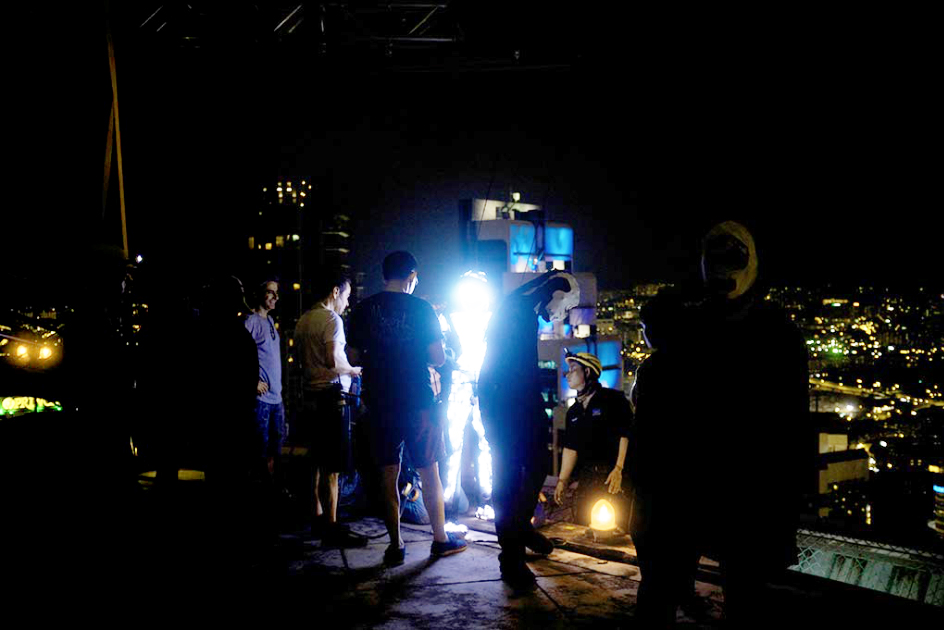 And the resulting TV spot: