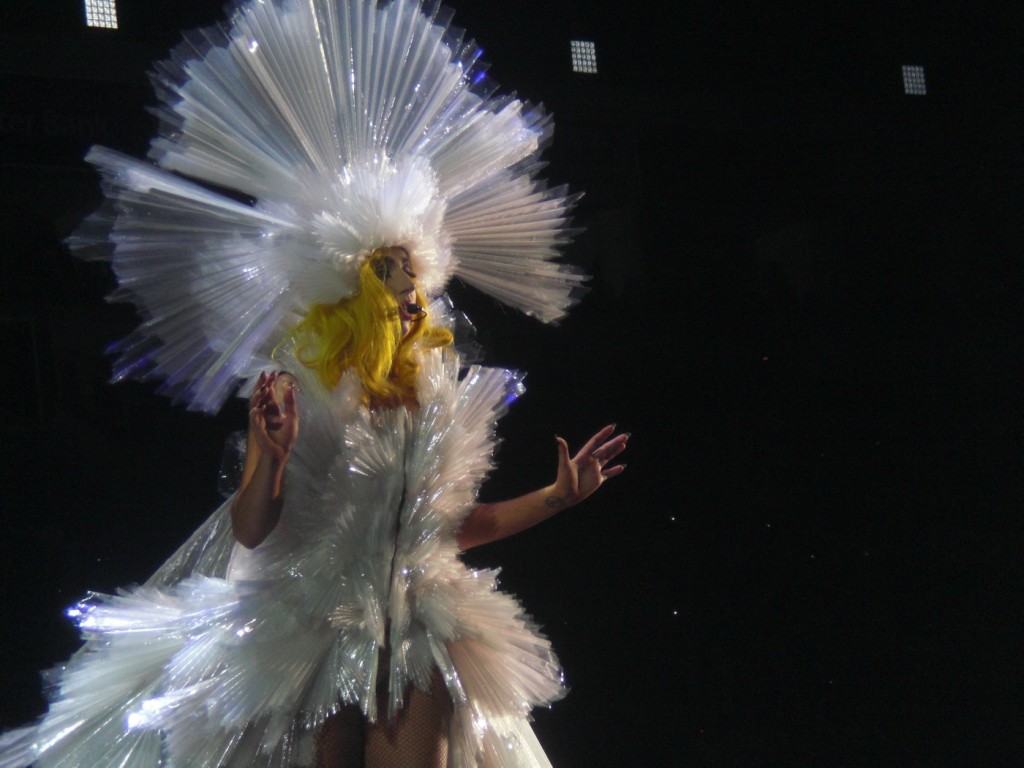 This was made in London at Baker Coogan under Pete Brook from Jim Henson’s Creature shop in LA. Headed by Vin Burnham, I was responsible for leading the mechanical team creating the moving parts. 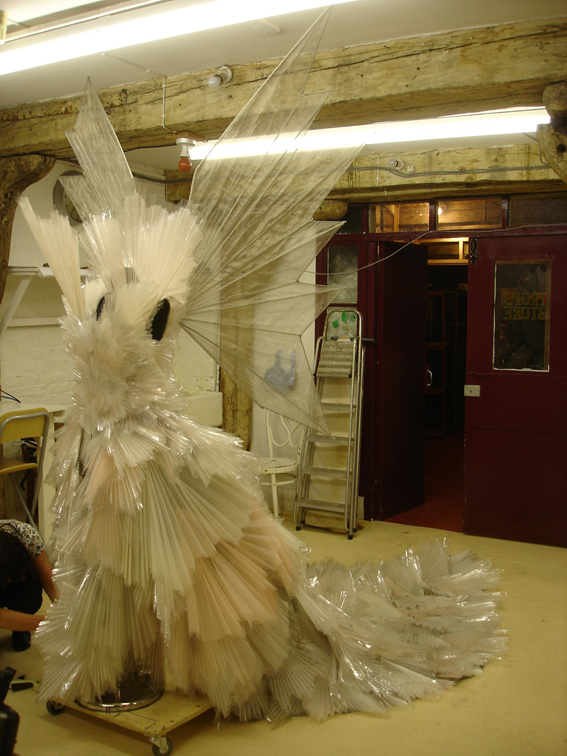 The team was made up of Ed Dimbleby, Richard Blakey, Helly McGrother, Jonathan Saville, John Nolan, Oliver Jones and assisted by Grace Defries. The headdress, and dress movements were made by John Nolan, electronics by Adam Keenan and with Josh Lee at the concerts as technician and operator. 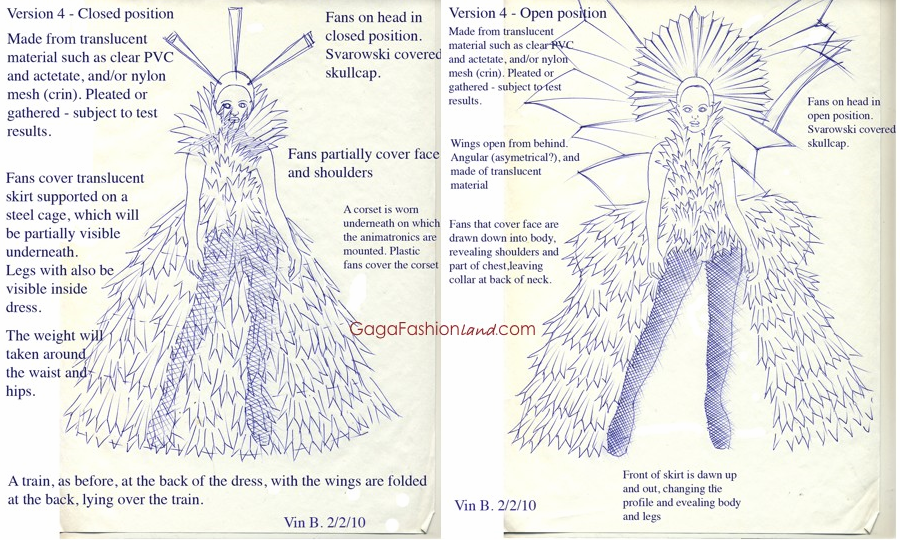 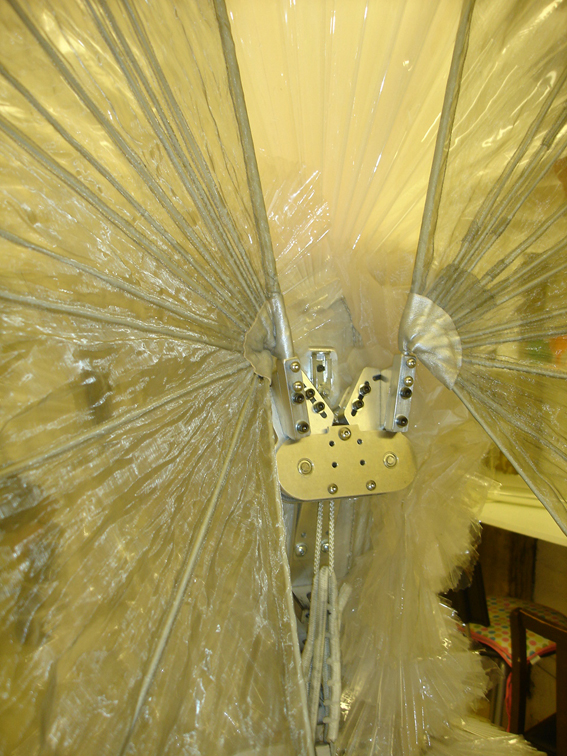 The wings were operated by Gaga by hand and with bungee cords,  the moving face fans and dress parts are all  driven by wires connected to motors and remote-controlled from offstage. We operated it ourselves for three gigs: the dress is easy to operate. If I make myself obsolete, then I’ve succeeded. 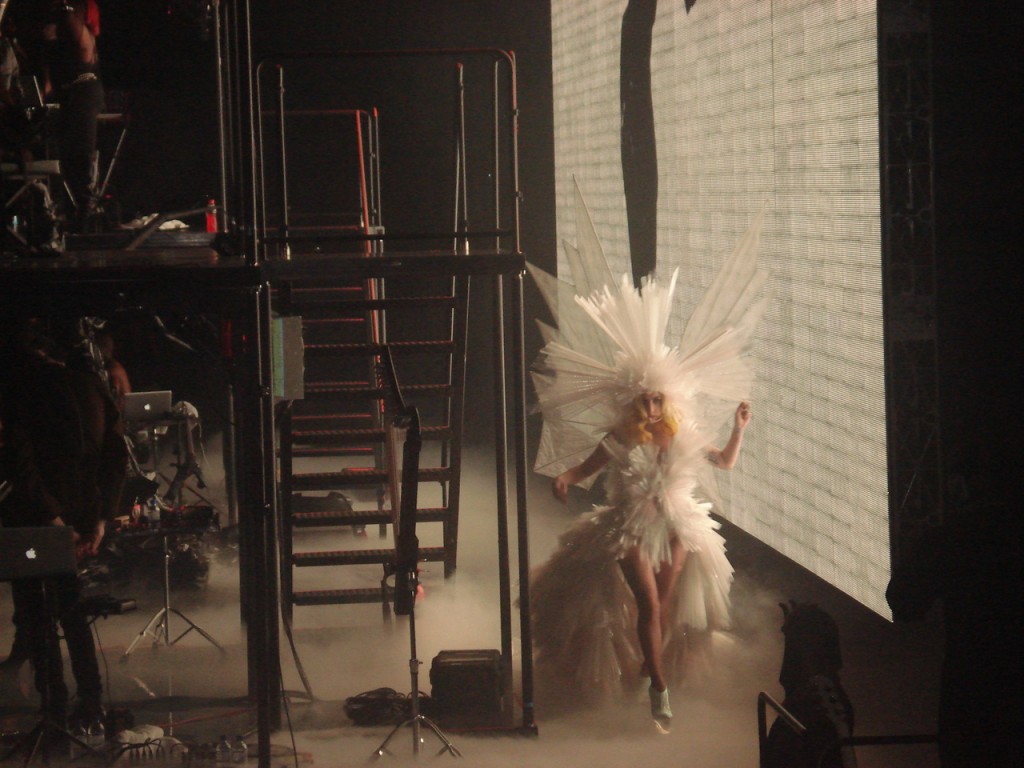 The roadie we handed the frock to which did over a hundred shows. 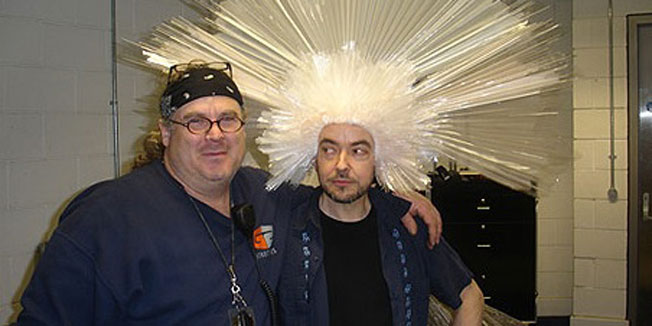 Some articles about the Living Dress: