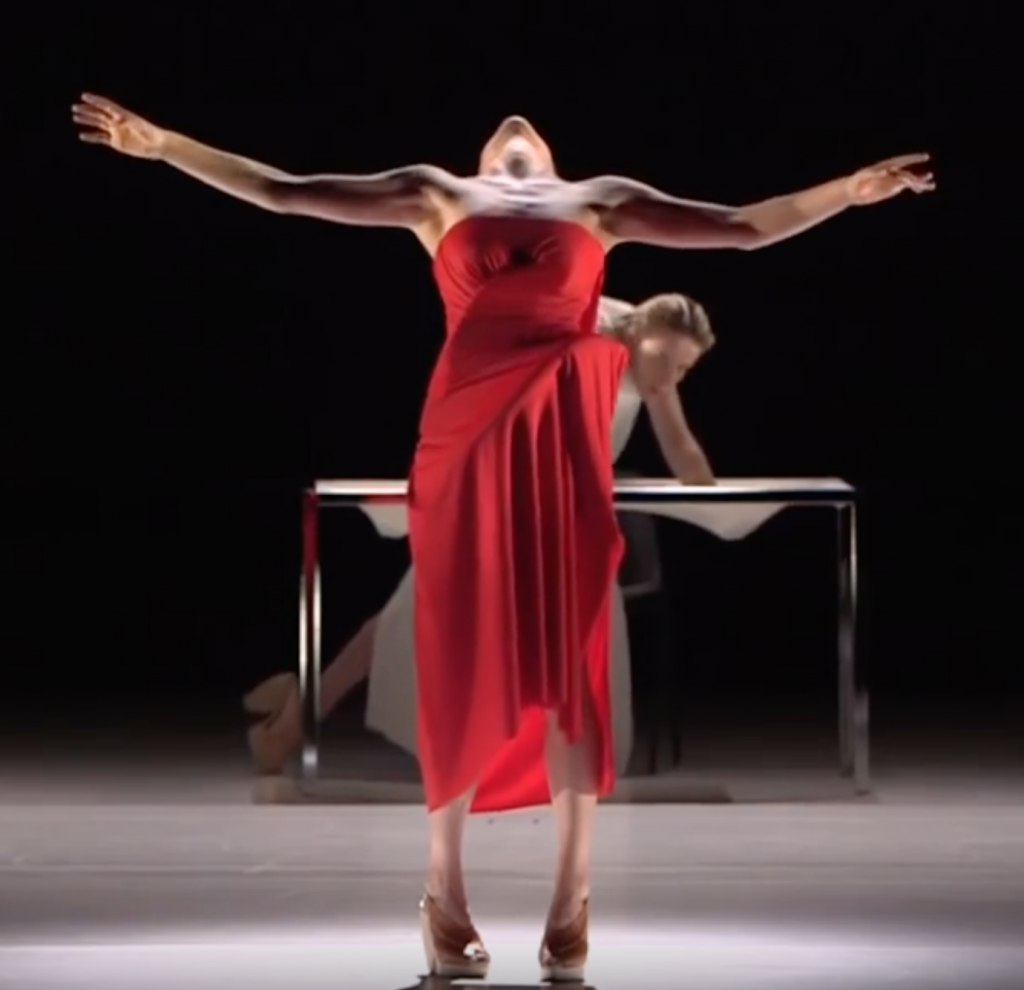 With the client, designed  the dress movement and made the mechanics for use in a stage performance at Sadlers Wells, London

See the dress on stage in action 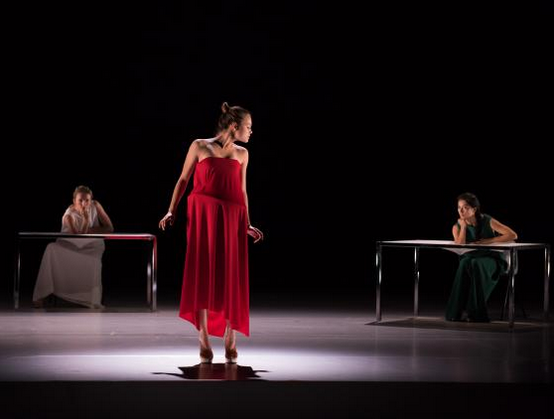 ’There are some fantastic coup de théâtre moments: the dress that moves by itself, twisting into new shapes as if possessed, like an haute couture version of Alien.’ Evening Standard

‘ … dresses which seem to move of their own accord, and in one noirish sequence worthy of a Lady Gaga video, a dress which moves like it has a python inside it, forcing its wearer to totter on her heels while three vampish ladies practically climb on tables to get a better look at her.’

This was another challenging  collaboration with Hussein Chalayan for his Gravity Fatigue show . Called Possessed, the brief  was for a  mechanical moving dress that is alive while being held still,  then put on by a dancer who becomes affected by its  movements. I love contemporary dance, so  decided to part-fund the project to make it happen, and bought in  fellow-designer Andy Roberts. We  spent two weeks coming up with all types of movements and solutions – but it was on the very last day of the process that the best solution materialized.