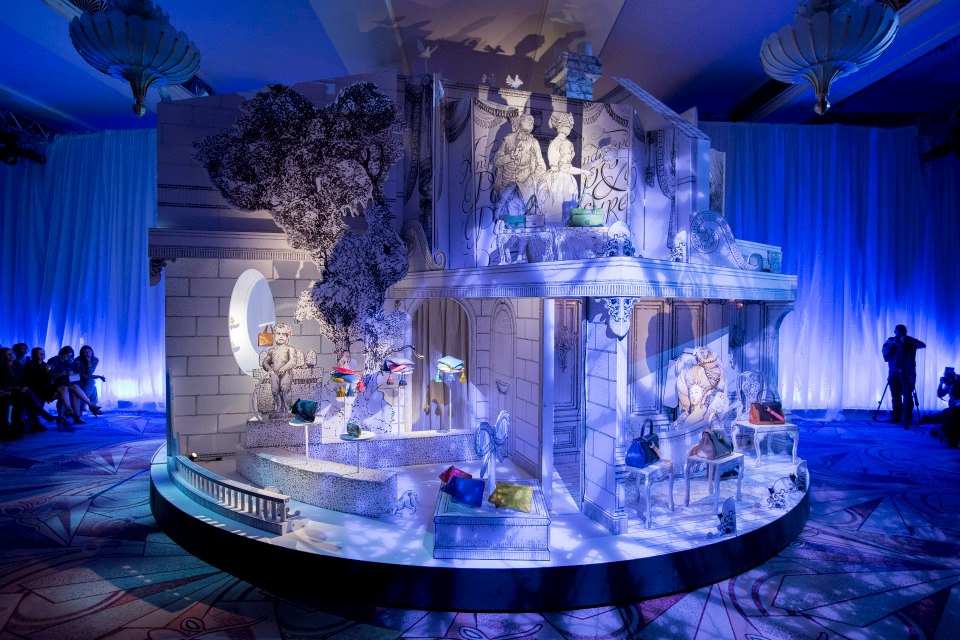 Another collaboration with Anya’s creative team, with set construction by Diagon. This show had ten rooms with animatronic effects and was influenced by pop-up books. Movements were controlled by my team of fifteen effects-builders from behind the sets. 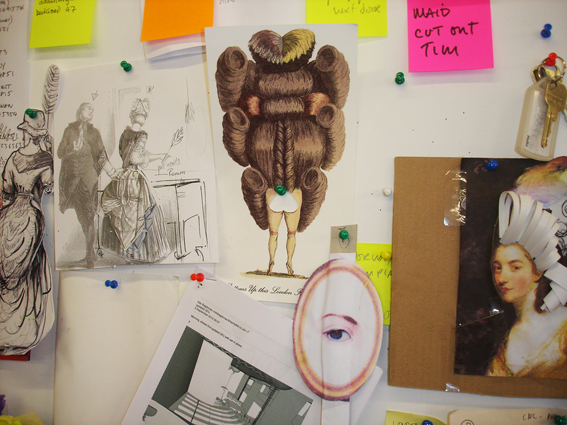 Shifting eyeballs followed your gaze, tiny mice scurried about, weightlifters in breeches lifted handbags on their anamatronical cardboard ‘iron’ bars, ladies bathing in nothing but powdered wigs dangled handbags over the edge of a roll-top bath, and cuckoo clocks spat  out tiny, square, chain-handled evening bags.

‘I wanted to do something with anamatronics and not models. It feels more playful. And this was all about a sense of fun. I think it’s important to have humour as a designer and accessories really allow for that. Besides, poking fun is a really British sentiment.’
Anya Hindmarch

And the final result: