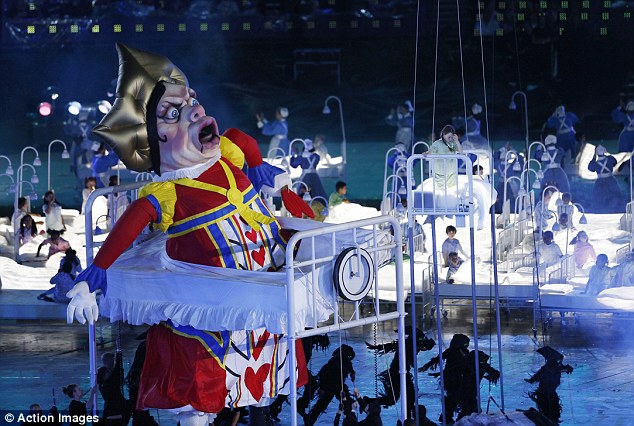 Worked at Artem as part of a team designing and making this pop-up and inflatable puppet, its part of the opening London Games. It lifted out of a bed that raised up and could rotate 360 degrees via people on the ground, one performer inside the body who lifted the body up and  operated the arms and a mouth.